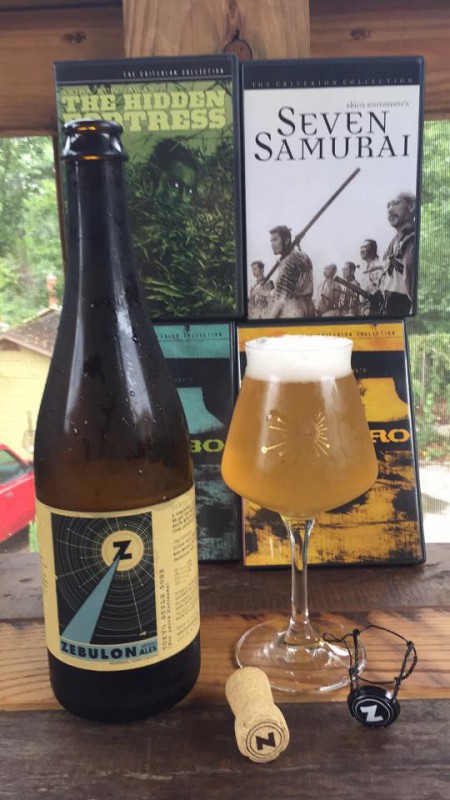 Back by popular demand, this is the first beer that we have made twice. Brewed with local white miso and pickled ginger. The bright acidity and light salinity makes this a fantastic summer crusher.

Dedicated to Akira Kurosawa, possibly the greatest film director to ever live 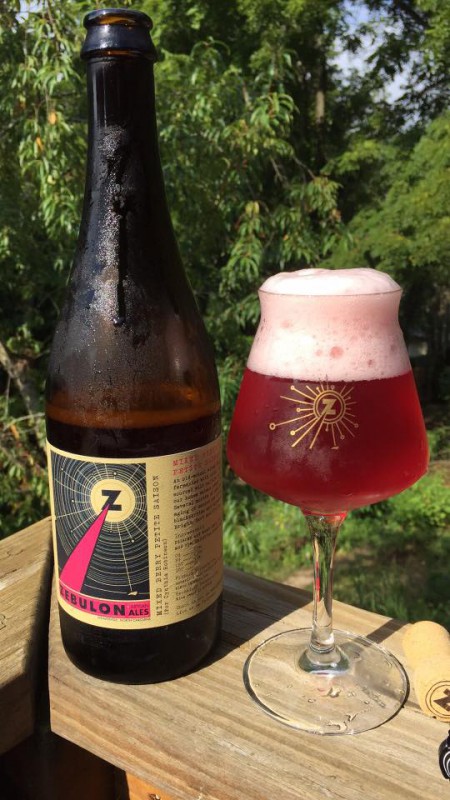 After our Mixed Berry Sour beer was taken off the fruit I couldn’t bear just dumping all that fruit down the drain. So…we brewed up a petite saison and let it ferment for a week with the fruit and all the coolship-sourced wild yeast that was mixed in with it. Then we added our house saison  blend and let that work its magic for a few months.

The color is fantastic and the head retention is surprisingly good. Definitely tart and venturing into “sour” territory, beautiful berry character with just a bit of funk mixed in. We couldn’t be happier how this turned out and hope you enjoy it as much as we have been.

Dedicated to Cynthia Robinson, the trumpet player and one of the founding members of Sly and the Family Stone.

This is the first beer to be released in Asheville that was fermented 100% with local, coolship captured wild culture…no other yeast or bacteria added. The mixed field base beer was fermented with this wild culture in Chardonnay barrels for 8 months then blended with over 2# per gallon of blueberries, blackberries and boysenberries for an additional 6 weeks.

The aroma is amazingly complex with intense fruit and pleasant funk, acidity is fairly high but far from being a one dimensional “lacto bomb”. Big berry fruit flavors. 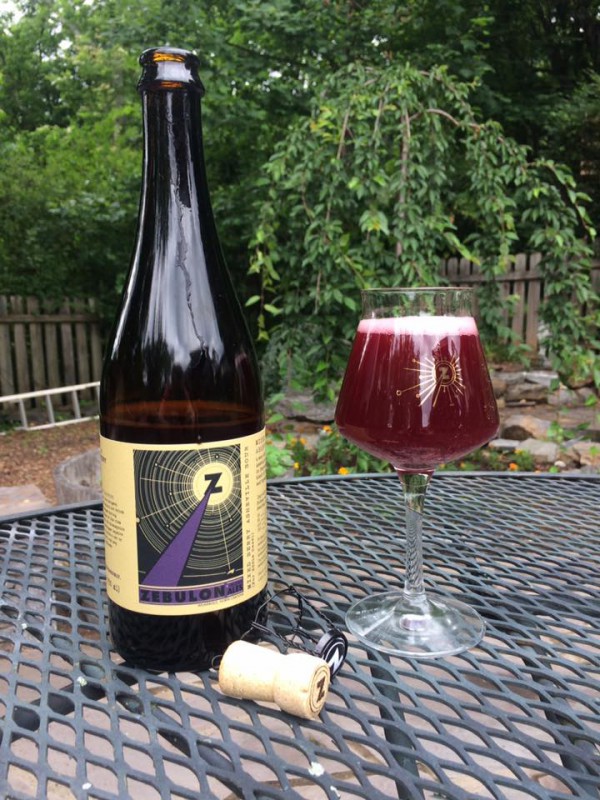 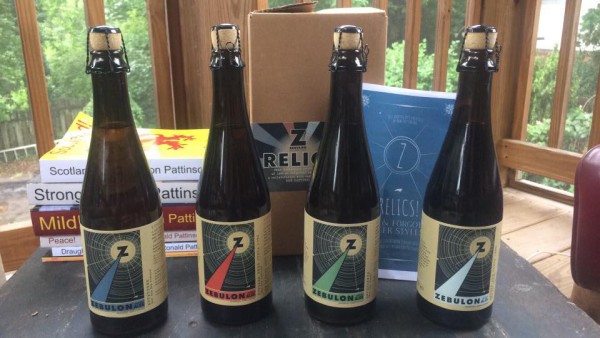 We are excited to release a collaborative 4-pack of “lost and forgotten beer styles”. Teaming up with the world’s foremost beer historian Ron Pattinson we re-created these beers from the old brewer’s logs. Each 4-pack box includes (4) 500 ml. cork and caged bottles and a pamphlet describing the beers. This is limited to 400 boxes. Each beer will also be released in a 750 ml format, also limited to 300-400 of each style.

The included beers are:

Kotbusser is a relative of a Berliner Weisse brewed with oats and local wildflower honey. Nice blend of acidity with a hint of sweetness from the honey and the oats. 4.2% ABV

A collaboration with Burial Brewing. We couldn’t be happier to brew with our favorite Asheville brewery. This hoppy pilsner was brewed with a hint of tropical lime zest and dry hopped with Mandarina, Wakatu and Cashmere hops. Guaranteed to be the summer crusher of 2017.

Dedicated to the author Tom Robbins who requested that a pilsner be made in his honor. 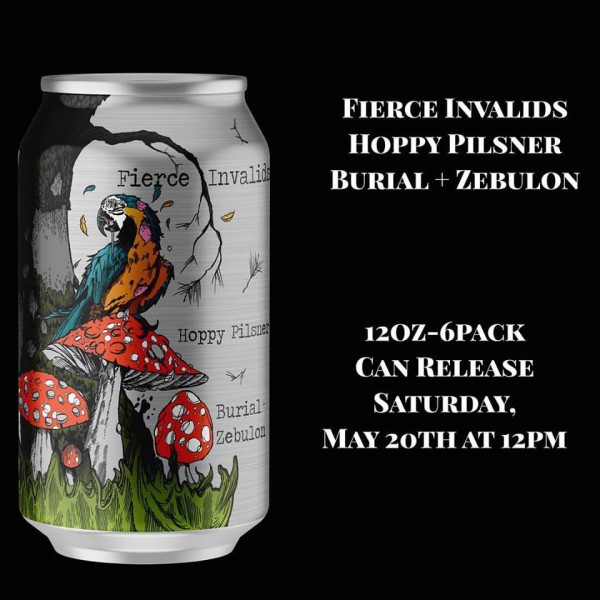 A collaboration with our friends at Birds Fly South Ale Project. A crisp and refreshing mixed field saison brewed with Linden blossoms, Chamomile and Elderflowers. Floral aroma reminiscent of wildflower honey. Fermented with both breweries’ mixed saison cultures for a complex yeast profile.

Dedicated to Bob Sylvester, owner and brewer of Saint Somewhere Brewing. He mentored Shawn from Birds Fly South and was very helpful in the opening of Zebulon. 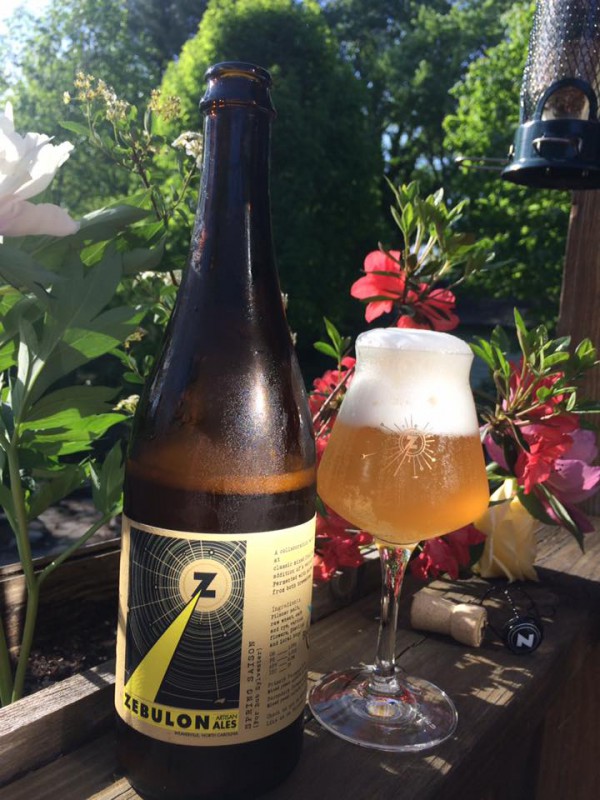 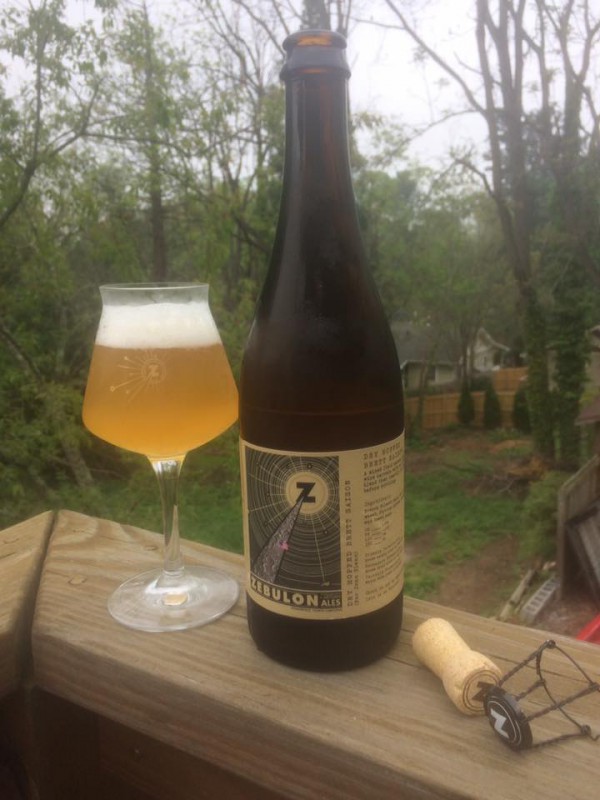 This 7% ABV saison spent 4 months in Chardonnay barrels with our house Brett blend then was heavily dry hopped with Galaxy, Comet and Apollo hops. The fruity, dank hops play perfectly with the complex funk from the Brettanomyces wild yeast. Drink fresh for maximum hop character.

A draft only release. Brewed with 100% local Riverbend malts and copious amounts of Galaxy and Citra in the whirlpool. Fermented with BFS house saison blend then Zebulon’s house Brett blend was added post fermentation. Huge funky tropical nose with a crisp dry finish. 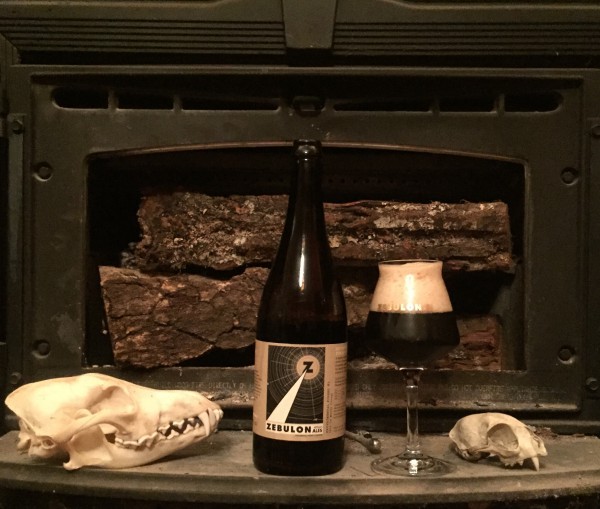 A dark winter saison (7.4% ABV) brewed with acorn flour in the mash, fermented with Carolina native yeast, Fraser fir branches as a “dry hop” and then aged half in first use white wine barrels and half in stainless with maple wood.

This was an attempt to capture the experience of walking through a forest in the winter and we nailed it. The aroma is earthy and piney with a hint of chocolate, deep mahogany…almost black in color, the flavor is complex with fruity, chocolate notes blend with pine and a perfect dry finish.

Dedicated to La Monte Young, he is one of the original minimalists and avant garde composers. Maybe the most experimental of all the early modern composers with compositions that included feeding a bale of hay to a piano. Our kind of guy….

Brewed with 100% local pilsner and Heritage malt from Asheville’s own Riverbed Malthouse and fermented with a wild yeast strain isolated off a Carolina nectarine by our pals at Southeast Labs. Tangy, fruity, crisp.

Dedicated to Durham’s own queen of the funk Betty Davis. She was married to Miles Davis and turned him on to acid and Jimi Hendrix. If you haven’t heard any of her funkalicious solo albums (backed up by Sly and the Family Stone’s band) you are missing out. 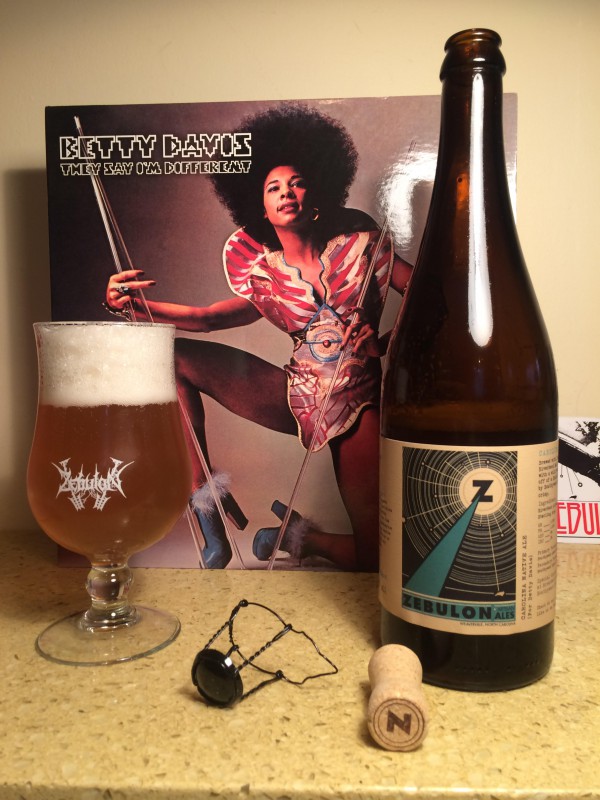